Learning the great D minor Chaconne by J.S. Bach is one of the central experiences in the life of any serious violinist. It is also a work many violinists play, but few perform: it holds so many expectations particularly in this age of the recording in which a weighty legacy of performing practice has now been established.

I wrote Tapisserie: six studies and chaconne for solo violin after I had become captivated by a remark made by the landscape painter Tim Gibbs. He recalled his experience of hearing Bach’s Chaconne take shape under the fingers of his wife during their honeymoon in an old villa beside Lake Como. Each day Bridget would work on the piece in a different location within the villa, lending a rich tapestry of acoustic qualities to his growing experience of the music. In Tapisserie I have attempted to imagine, indeed conjure up, the circumstances surrounding such a touching and beautiful observation and circumstance.

Click on the images below to explore the six studies of Tapisserie: 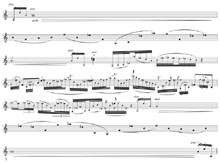 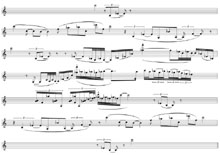 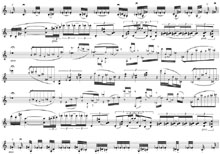 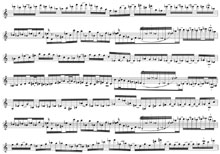 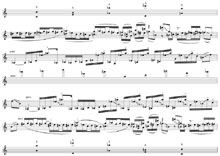 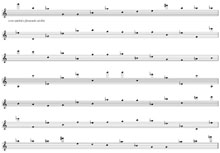 Bach’s masterpiece is said to have been composed during a time a great personal sadness following the death of the composer’s first wife, indeed recent research has shown that there is a hidden chorale subtext embedded behind the violin music. My chaconne celebrates a time of happiness, something of the Italian light and reflection of and on water, and the slow bringing together – in different spaces – of the strands of an extraordinary musical composition.

I did not have Bach’s music on my desk when I wrote this work but Roberto Gerhard’s intriguing Chaconne composed for Yfrah Neaman, who I discovered later had taught the woman whose musicianship and sense of purpose Tapisserie recalls. 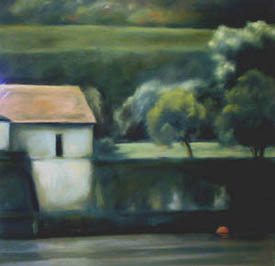 Vermont artist Mallory Lake uses the landscape as her subject matter. Although she has created pastels of other locales, Italy is truly her muse. She prefers the regions of Tuscany, Umbria and Emilia Romagna, but has also worked extensively in the area around Venice and Lake Como on the Swiss/Italian border. Her primary focus is the interplay of light and shadow on the architecture and landscape to create a sense
of drama and mystery.