= TRIO – Nigel Morgan
Skip to content
Please note: some links on this page are in maintenance.
[TOUCHED BY MACHINE?]
[DUO]
[TRIO]
[QUARTET]
[EDGE]

Between 1988 and 1991 Nigel Morgan created a sequence of four works, DUO (bass trombone and percussion), TRIO (violin, clarinet and piano), QUARTET (string quartet) and EDGE (wind quartet). These pieces, forming a CD-length concert called TOUCHED BY MACHINE?, were part of a sustained project to explore computer-assisted composition using the tools of the MIDI studio.
MIDI systems tend to encourage interaction with real-time processes: recording, improvisation, multi-tracking, complex layering, even sequencing, ordering and editing. However, the major factor of the composition act the composer wished to explore in TOUCHED BY MACHINE? was this new environment’s support for pre-composition: the considered creation and organization of composition material; working off-line rather than on-line. This is nowhere more intensively investigated than in the TRIO for violin, clarinet and piano.
[TOUCHED BY MACHINE?]
[DUO]
[TRIO]
[QUARTET]
[EDGE]

TRIO uses as its composition environment a component of the music sequencing software KCS (Keyboard Controlled Sequencer) created by Dr Emile Tobenfeld in 1985. This component, known as PVG (Programmable Variations Generator), was probably the first menu-driven algorithmic generator and editor commercially available that did not require any specialist knowledge of computer languages. In many aspects its design enabled the composer to explore quite elaborate ‘what-ifs’ in a multi-part composition. Whole chains of edits, processes, and transformations were possible to execute simultaneously, taking in conventional musical devices such as transposition and inversion as well as more novel procedures such as the application of Gaussian distribution and probability curves to musical parameters.

In composing TRIO the whole mechanism of PVG was brought into play. The opening section explores the variation mechanism itself, the middle section focuses on transformation and the ending celebrates the morphing process where one musical ‘state’ is sequentially transformed into another. The entire composition is derived from the single arpeggio heard in the piano part in the opening bar. 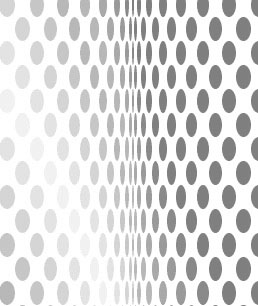 Surrounding the technical aspect of TRIO there were two important elements:

The first was the composer’s interest in the artist Bridget Riley, in particular her ability to engage the viewer actively in her monochrome paintings and then later her work with colour stripes. In this work it is the viewer’s position in, and movement across, the pictorial space that appears to make the image ‘move’ playfully. The music that makes up all the pieces in the TOUCHED BY MACHINE? sequence attempt something of the same, only with sound and the listener.

The second was peculiar to TRIO itself, in that the work was commissioned with funds from the Eastern Arts Association by Polly Waterfield, a violinist and educator whose professional career began in associations with the pioneers of the Early Music Movement during the 1970s. For Polly, this new work had to speak to her unique relationship with chamber music of the past where democracy of content between parts was the norm and there was plenty of interpretative space for the player to extend and enrich a composition.

Part for Clarinet in A [pdf]