for violin and percussion

Mynydd Anelog (192 m and Long 4 45′ W, Lat 51 40′ N) ) is a favorite location on the Lleyn Peninsula in North Wales for model glider enthusiasts. They fly their remote-controlled sailplanes off the mountain and over the high sea cliffs looking out across the Irish Sea towards the island of Bardsey, one of the great centres of pilgrimage in Celtic times. From Mount Cottage, above the launching plateau on Anelog my family and I love to watch these brightly painted gliders soar against the blue sky and emerald sea.

The first time I witnessed these beautiful models in flight I was composing Passio, my concerto for solo string instrument, string orchestra and percussion. I was mesmerized by the flights of these gliders as they flew in stylish trajectories across the mountain, out to sea and back again. Thus, Flights for violin and percussion took shape. It is a rare example within my work of an attempt to capture something extra musical: flight and the special location in which it takes place. 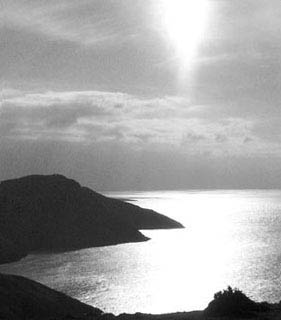 The movements Lift and Drag have something of the quality of the toccata, a form often found in my music but never before associated with the violin. In these two movements the role of dynamics is crucial: to give the effect of the ‘musical’ glider slowly moving towards the listener and then suddenly soaring away.
Where long dynamics hairpins are marked performers may consider crescendo passages beginning slightly slower than the suggested tempo and very gradually making an accelerando to the peak of the crescendo, at which point the original tempo should gradually re-assert itself. With decrescendo passages the reverse should happen.

from What is the Colour of the Wind?

The movement titled What is the Colour of the Wind? should be considered more as a meditation on flight itself. It is as though the glider becomes a bird resting on the wind and thermals of air, making small ascents and dives, stalling, turning, always returning to an equilibrium with the wind. Each violin phrase climbs to a peak and then falls. The percussion can be variously the ground, the landscape, the viewer accompanying the flight.

Quite intentionally this movement has no dynamic markings and just a suggestion of how the bowing might be approached. It might be rehearsed ‘in strict time’ and then gradually treated more and more freely as the performers establish cueing and synchronization points. The Skins I music can be considered as a kind of timing reference for the violin and Skins II. It can be gradually dispensed with as appropriate, or certain attacks may be replaced by gestures or waves (as in tabla performance).

Flights was imagined for both acoustic and electric performance, or a combination of the two. In an acoustic performance the percussion ‘kit’ should focus on assembling for the ‘skins’ part five drums (approximately within the tonal range of congas and bongos). For the ‘metals and woods’ featured in Drag, two woodblocks, a medium-sized cowbell and the bell of a high cymbal (never damped) would be appropriate.

In What is the Colour of the Wind? the percussion instruments are divided into Skins I (tambourine or maraca fixed to a stand) and Skins II (five drums). If possible this movement should be played with the hands.

In electric performance the violin may be a MIDI instrument playing sampled or synthesised sounds which may go quite beyond conventional violin timbres. For the percussion part an Octopad linked to a sampler may play from a library of meta-sounds created from the sonic resources of the instrument (a good
guide might be Trevor Wishart’s celebrated chart of violin sounds in his book On Sonic Art), or sounds sampled from natural objects in skin, wood and metal.

Flights was written for the violinist Nick Whiting and percussionist Chris Stock of the BBC National Orchestra of Wales.

What is the Colour of the Wind? [mp3] 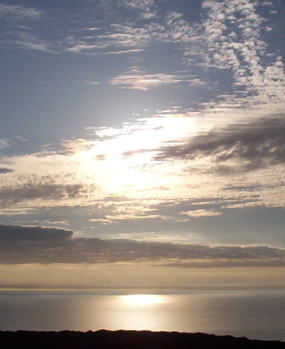