Joy is the dominating theme in this score that celebrates the three manifestations of Christ, at Bethlehem, Cana and Mt. Tabor. On the 6th January the Orthodox Church celebrates the manifestation of Christ to the magi at Bethlehem, the wedding in Cana, where Christ performed His first miracle, and His baptism in the river Jordan. Eight months later, on the 6th August, the Church celebrates Christ’s appearing in glistening white before Peter, James and John on Mount Tabor. This feast is known as the Transfiguration and is closely linked with Christ’s baptism for on both occasions God the Father witnesses and declares, â€œThis is my beloved Sonâ€.

All three texts have been taken from sermons preached in the 17th century by Lancelot Andrewes, Mark Frank and John Cosin respectively, who belonged to a group of divines, collectively known as Caroline Divines. These divines lived during the great flowering of prose, poetry, drama, music, sculpture and architecture in England, a period often termed â€œthe English Renaissanceâ€. It was the time of Queen Elizabeth I, Spenser, Shakespeare, Johnson, Bacon, Camden, Crashaw, Tomkins, Gibbons, Stone and Wren to mention but a few. Not overshadowed by these great artists were the Caroline Divines. Among them were John Donne, George Herbert, Jeremy Taylor, Mark Frank, John Cosin and Lancelot Andrewes. Their sermons and writings had a beauty of style and subject that at times bordered on the poetic. In fact Donne and Herbert were significant poets. Eliot, himself one of the finest poets of the 20th century, insisted that Andrewes’ sermons â€œrank with the finest English prose of their timeâ€. 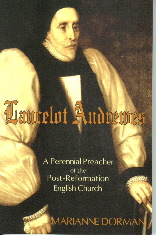