A multi-media project celebrating the legacy of Robert Schumann in his anniversary year 2006. 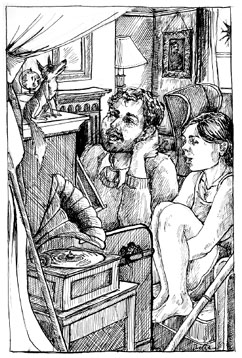 In July 2005 I discovered the Autobiography of the writer, journalist, poet and Catholic apologist G.K.Chesterton. In the second chapter of this book he writes a ‘secular sermon on childhood and memory’, a wonderful collection of special moments and observations. I had for many years wished to create a companion piece for Robert Schumann’s Kinderszenen, not only as ‘ Scenes from Childhood’ for our times, but also as a work that could be played and enjoyed by Young and Old alike – in the best traditions of good Children’s Literature.

My discovery of Chesterton’s book coincided with the approach of the Robert Schumann 150th anniversary in 2006. Thanks to generous funding from a European television network and a national bookshop chain I was able to write The White Light of Wonder for solo piano in November 2005 and commission what has proved to be a significant addition to this work, the 12 original drawings by Dette Allmark (see an example on the left), a sequence of poems by Margaret Morgan and a web presentation by Phil Legard.

Almost immediately after finishing White Light I set to music Margaret Morgan’s engaging poems in the spirit of Schumann’s Dichterliebe as a cycle for baritone and piano (with a version for voice and piano trio). This cycle was then conflated and condensed into a Fantasy Piece for violoncello and piano. Finally in July 2006 I created 12 reflections on Childhood and Memory for violin and piano that significantly extends the original music of White Light. This now completes an hour long multi-media sequence suitable for concert performance, broadcasting or recording.

The music contained in this sequence makes only one reference to Schumann, in the final movement of The White Light of Wonder in which new harmony has been poured into the structure of Der Dichter Spricht (click here to listen). However, what has been composed in this sequence seeks to reinvent for our time something of that quality of fantasy found in Schumann’s work, embodying as it so often does reflections about innocence and the loss of what once has been loved. 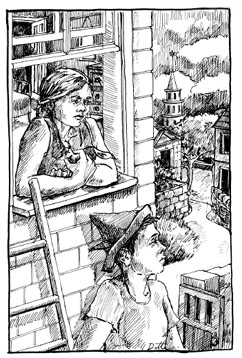