In 1986 Nigel Morgan was appointed by the Eastern Arts board as composer in the community to North Norfolk. He was based at Wells-next-the-Sea and for two months composed and animated music working collaboratively with all kinds and types of music and musician. Prior to this extended residency Nigel had been busy as one of the small number of music animateurs operating throughout the UK supported by the Arts Council and Regional Arts Boards  Nigel’s area was East Anglia, and from 1981 to 1988 he worked alongside communities and schools, and with both amateur and professional musicians and ensembles, including several of the region’s fine youth orchestras, to facilitate a broad range of music-making. His work was often with undertaken with a special emphasis on new music and new technology. He came to Norfolk in late February 1986 with two commissions: a work for chorus and orchestra for the Norfolk County Youth Orchestra, and a radiophonic music documentary for the BBC that would capture something of music making and the sound world of North Norfolk. 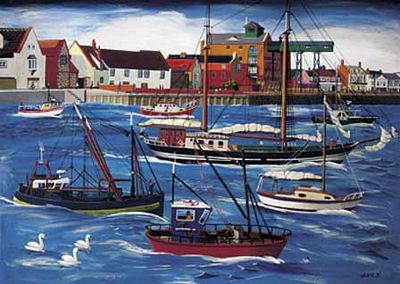 Spring Manoeuvres was largely created at the Wells Centre in the seaside town of Wells-next-the-Sea. It is a forty minute montage of recordings and performances made entirely on location in Norfolk during March and April 1986. It contains a vivid record of community music-making in its widest sense. Several hundred people, from schoolchildren to the most senior of local citizens, from rock and folk bands to early
music groups, brass bands to orchestras, along with songwriters, poets and writers all contributed to its material. The work was made possible by a collaboration with the unique skills and imagination of recording engineer Gareth Stuart and sound recordist Nicola Lipp. Much of the location material was recorded directly onto one of the early ‘portable’ digital recorders, the Sony PCM F1, and then transfered, for the purposes of montage, to 16 track tape. 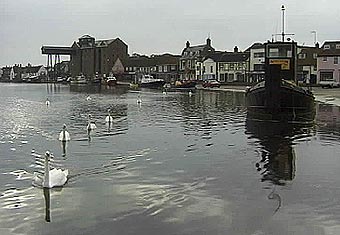 As a preliminary to providing a complete web documentation of the sources of the entire recording, Spring Manoeuvres is being made available in an MP3 format. Sections of it may also be heard streamed live from the website.

Click the images below to hear extracts from Spring Manoeuvres 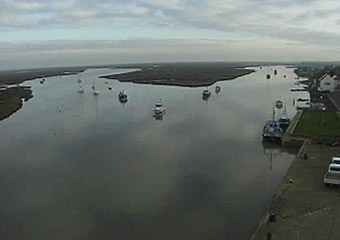 Many of the scores Nigel composed and arranged during his Norfolk residency in 1986 will soon be available from his worklist as downloadable .pdf scores. These include: Skyscapes for a Spring Storm – for large chorus, orchestra and computer words by Margaret Melicharova Binham Quartet – for flute, clarinet, double bass and guitar

Equilibrium – song for voice and piano 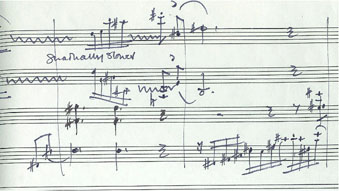 In 2007 Nigel Morgan will spend two months in North Norfolk creating an update to Spring Manoeuvres, but this time working with sound and image. He will also be composing a song-cycle The Lie of the Land for voice and piano to words by Margaret Melicharova and working on a commission from the USA for a new work for flute and orchestra.

He will be giving two concerts in Norfolk during March and April: a solo guitar recital featuring music by J.S. Bach, Matteo Carcassi and Denis ApIvor, and duo recital with Neil Deakin of music by Johann Froberger
and Edward McGuire.

Look out for further details on Nigel’s residency 2007 on this webpage. 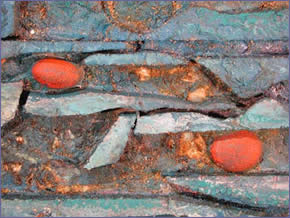 An important part of the Spring Manoeuvres residency was the production of The Sackhouse Tapes, a 40 minute album of original songs written and recorded by North Norfolk musicians and songwriters. For a period of a three weeks a 16 track studio was installed in The Sackhouse Gallery at the Wells Centre. The studio facilities complete with engineer, an assistant and producer on hand were available FREE to people with or without prior experience of recording: to experiment with ideas and novel partnerships; to discover just what recording was all about; to find a personal voice or sound. The musicians who took part in this unique Arts Council-funded project included a class of primary schoolchildren, young adults from a local centre for people with learning difficulties, a renaissance consort, several singer-songwriters, a reggae band and dub artist, a classically trained singer, a jazz-rock drummer, and a heavy-metal band. What is archived here is the final selection of songs released on a limited edition cassette at the premiere of Spring Manoeuvres in July 1986.

The Sackhouse Tapes was co-produced by Nigel Morgan and Gareth Stuart with assistance from Nicola Lipp. 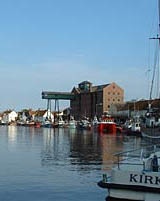