For Piano and Percussion.

Omphalos is the first part of a four movement work written in 1997 for Joanna MacGregor and Ensemble Bash. The music is an uncompromising toccata for five percussionists, the pianist playing the piano predominantly as a percussion instrument.
The work is entirely computer-generated using the following source material: a sequence of ‘found’ chordal clusters, a collection of rhythmic gestures associated with particular instruments or pairs of instruments, a pattern from Nicholas Slonimksy’s Thesaurus of Scales and Melodic Patterns arranged for the fingers as though for an African mbira.

Section 1 focuses on a play of clusters and rhythmic gestures. These two elements are passed through a neural net programmed to vary their content and structural combinations and associations. The result appears like a complex improvisation in which the percussionists gradually establish formal responses to patterns the pianist creates.

Section 2 rearranges the relationship between pianist and percussionists. The pianist plays a continuous evolving music devised from just six pitches of Slonimksy’s tritone pattern 6, calling for a complex interplay of fingers as though playing the mbira.

Above this perpetuum mobile the percussionists in pairs mirror each hand of the piano for a couple of bars only to break away into variations and then return into the piano’s groove before starting the whole process of variation and ‘escape’ once more.

Section 3 revisits the opening music, only this time the chordal clusters are inverted, stretched, arpeggiated. The percussion gestures are extended by accessing a library of 8-bit binary rhythmics again processed using a neural net. 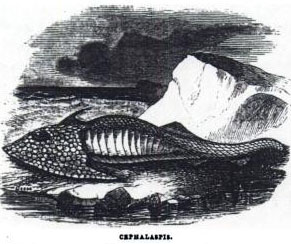 The title Omphalos comes from the Greek for navel. It was the title of a celebrated mid 19C book by Philip Henry Gosse who was the David Attenborough of his day, described by Stephen Jay Gould as ‘Britain’s finest popular narrator of nature’s fascination’. The reason for choosing this title is its historical notoriety as an argument by Gosse that ‘creation has only the appearance of pre-existence’. In other words, in providing us with the fossil record God lied. Transfer this notion if you will to the creation of music by algorithmic means . . . and perform the work with intent, fervour,deliberation, and utter obedience to its own logic . . . but knowing that its creation is prochronic rather than diachronic. Adam’s navel was prochronic, the 930 years of his earthly life diachronic.