= Objects of Curiosity (The Prisoner) – Nigel Morgan
Skip to content

For Double Bass and Piano

This is the second of three projected works that carry the title Objects of Curiosity. The first, Objects of Curiosity (SuperCity), was written in 2004 for the Kronos Quartet and focused on the work of architect extraordinaire Will Alsop. It used as a structural device an imaginary tour around Alsop’s SuperCity exhibition in which ‘objects of curiosity and wonder’ were an important presence in his vision for a SuperCity along the M62 motorway corridor between Liverpool and Hull.

Objects of Curiosity (The Prisoner) features the work of a visionary architect from another age, Clough William-Ellis, whose legacy is largely that of his remarkable Italianate village Portmeirion on the north west coast of Wales. Just as SuperCity used an unusual structural device to articulate its music, so does The Prisoner. Here the subtitle refers to an enigmatic and allegorical British science fiction TV series of the 1960s that has in recent years has become something of a cult phenomenon with the whole 17 programme series now available on DVD. The Prisoner was shot almost entirely on location in Portmeirion and is in no  small part responsible for making it a must-see visitor attraction for American and Japanese tourists. 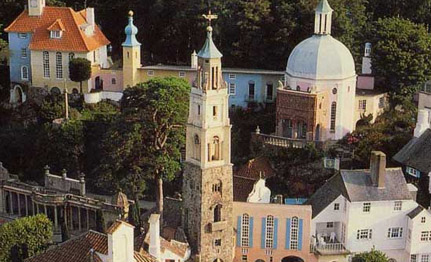 This twenty-minute score follows pretty closely the scenario of ‘Arrival’, the first episode of The Prisoner. It in no way attempts to describe the action as ‘music to picture’, rather it takes the play and interaction of its main characters against its eccentric yet beautiful location as symbolic elements for an extended musical work for solo instrument with accompaniment.

The scenario of The Prisoner provides the composer with a rich collection of source material, notably a set of principal characters known only by numbers. The Prisoner is Number Six, his gaolers or guardians (we are never sure quite which) referred to as Number One and Number Two. Other characters that feature in this first episode include Cobb (another prisoner), a Young Woman and The Butler. In this musical treatment of the Prisoner the sextet of characters becomes a sequence of six chords, each chord supplying a motif for each character.

Not only is the entire pitch content of the composition built from this material, but each character is represented by distinct musical action and interaction. Although in this score the accompaniment is for piano this part was always imagined during its composition for string orchestra with a solo string quintet. Thus, with the addition of the solo part, a solo instrument is associated with each character.
The Scenario

Whilst knowing how the music relates to the scenario is certainly not essential for the listener, performers will be rightly curious as to how the action of the characters influenced the musical structure. Such  knowledge may help towards developing aspects of interpretation in this work. The content of each section title is discussed in detail in the introduction to the score, but in summary they are:

A version of The Prisoner is also available for double bass and string orchestra. 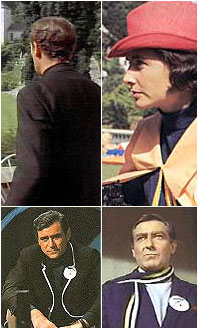