For double bass and string orchestra 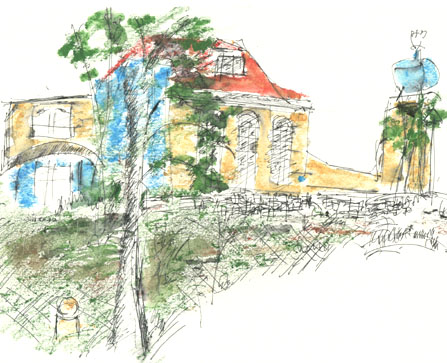 Objects of Curiosity is an expanding collection of single movement works for strings. Each of the three works planned to date focus on the vision of architects, their buildings and the way these structures animate the landscape.

Objects of Curiosity I – Will Alsop

Objects of Curiosity II draws on the work of the visionary British architect and town planner Sir Clough William-Ellis whose legacy is the Italianate village of Portmeirion in North Wales. Begun in the 1920s and eventually finished in 1976, Portmeirion was intended to be a demonstration of how a naturally beautiful site could be developed sympathetically. It also inadvertently provided the perfect backdrop for the TV series The Prisoner in the late 1960s. It was the scenario of the opening episode of The Prisoner that has provided the structural narrative for Objects of Curiosity (The Prisoner). This is an extended work for double bass and piano composed for the Canadian bassist David Langstroth. It has now been developed into a single-movement concerto for double bass and string orchestra. 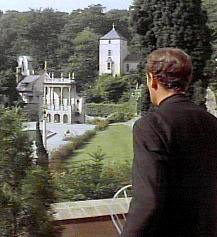 This twenty-two minute score follows pretty closely the scenario of ‘Arrival, the first episode of The Prisoner. It in no way attempts to describe the action as ‘music to picture, rather it takes the play and interaction of its main characters against its eccentric yet beautiful location as symbolic elements for an extended musical work for solo instrument with accompaniment. Nevertheless, the scenario of The Prisoner has provided the composer with a rich collection of source material, notably a set of principal characters only known by numbers. The Prisoner is Number Six, his gaolers or guardians (we are never sure quite which) referred to as Number One and Number Two. Other characters that feature in this first episode include Cobb (another prisoner), a Young Woman and The Butler. Find out more here about the characters and the scenario of the opening episode of The Prisoner.

In this version for string orchestra the characters are associated with a concertante quintet of 2 violins (The Young Woman and Cobb), cello (No.1), viola (No.2) and double bass (The Butler). The concertante bassist is differentiated from the soloist by assuming the techniques and articulations of the jazz rhythm section instrument playing pizzicato throughout. The solo bass player (The Prisoner) meanwhile only plays arco. Duos between the soloist and members of the concertante quintet are threaded through this composition and are a lively feature of the work.

For the next 17 years David played for the orchestra on radio, television, film, CD recordings and toured extensively in the UK, Europe and the far east. He was also the bassist with the Contemporary Music Ensemble of Wales and performed on radio and television with the string quintet he founded, Opus5. David’s other musical activities have included solo recitals, playing bass guitar and conducting, notably the Bridgend Choral Society and the Tromso Symphony Orchestra in Norway.

While working for the BBC David became involved in the education and outreach activities in the  orchestra. It was here that David’s association with the composer Nigel Morgan began. As project composer for BBC NOW Nigel involved David as director / player in a number of innovative multi-location works, notably his BBC commissions Conversations in Colour and the concert-length Schizophonia. In 2003 David was one of the featured musicians in the music events at Yorkshire Sculpture Park surrounding the centenary of the sculptor Dame Barbara Hepworth. The resulted in a key role for the bass in Music for Sculptures a four-part work that includes a virtuoso composition for solo double bass Conversation with Magic Stones. Nigel’s scores for David Langstroth have made much of David’s ability as a jazz musician, no more so than in Nigel’s setting of Simon Armitage’s Travelling Songs. 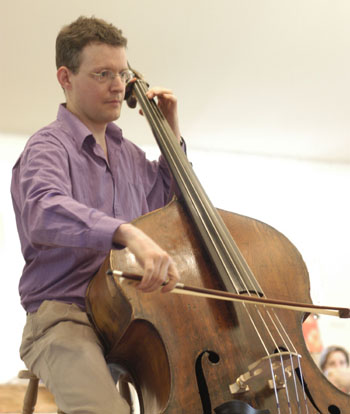