This highly concentrated work lasting about 15 minutes was written in 2004 as a companion piece to Priaulx Rainier’s Requiem, a vocal work for 8-part unaccompanied choir and solo tenor voice, first sung in 1956 by Peter Pears and the Purcell Singers conducted by Imogen Holst. The poem
Requiem was written specially for Rainier in 1938-40 by the surrealist poet David Gascoyne, with a choral setting in mind. Its words, conceived in the dark days just before the Second World War, look forward to
â€˜the prospective victims of the world’s lost ideals and hopes’. Nine Figures on a Hill also sets specially commissioned words. Devised by Margaret Morgan specifically for choral setting, her text gives voice to the sculptures of Barbara Hepworth’s totem-like Nine Figures on a Hill, more popularly known as Family of Man.

In 2003 Yorkshire Sculpture Park appointed Nigel Morgan as their first composer in residence to write a number of new works to celebrate Barbara Hepworth’s centenary year. Nigel Morgan was particularly keen to explore the sculptor’s many connections and collaborations with music and literature. The result was three new pieces: The Present Moment is the Only Real Time, a setting of Hepworth’s own words for girls’ voices and keyboard, a large-scale song-cycle Stone and Flower to words from a collection by Kathleen Raine, for which Hepworth had created a series of illustrations; a sequence of instrumental fantasias titled Music for Sculptures based on some of the many sculptures owning musical titles. Nine Figures was written the following year at the suggestion of Lady Sarah Bowness, the sculptor’s daughter, as a way of marking her mother’s friendship with Dag HammarskjÃ¶ld, the first Secretary General of the United Nations and also with composer Priaulx Rainier. In a very different way to Rainier’s Requiem Nigel Morgan’s Nine Figures on a Hill is also a forward-looking work. In finding words and music for the archetypal figures of the human family across the generations these choral songs sing about the home, birth, childhood, adolescence, marriage, old age, death, work, migration, our ancestors, and those
joys and sorrows, trials and tribulations common in every culture. Nine Figures was written for the Cantemus Chamber Choir Wales and their conductor Robert Court. 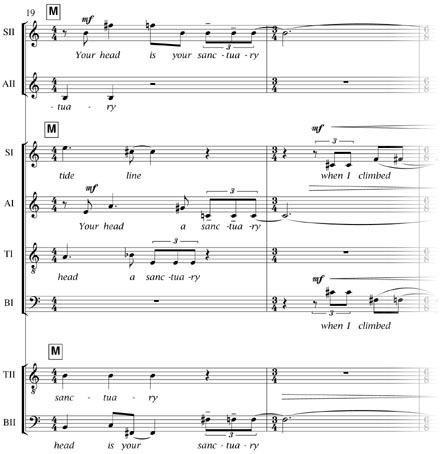 Nine Figures on a Hill is imagined either for a chamber choir of around 30 voices or for eight solo singers using microphones and sound projection. It is both a choir and a theatrical chorus in the Greek tradition. The text offers many opportunities for dramatic rendering and presentation, vocally and gesturally.

The specification for Double Choir here requires two vocal ensembles of equal size: a central SATB ensemble with ‘outriders’. The positioning of the voices, emphasized in the way the score is laid out, is arranged like this: Soprano II Alto II Soprano I Alto I Tenor I Bass I Tenor II Bass II. This grouping of singers is used to enable particular spatial effects, textual and musical emphasis.

The Songs are in three sections each associated with a pedal tone:

This pedal tone may be used freely and imaginatively to centre the tuning of the singers as and when necessary. Further support may be gained from reference to patterns 658-663 from Slonimsky’s

Thesaurus of Scales and Musical Patterns from which the tonalities for the whole composition are drawn.

In the scenario for Family of Man the work of photographer Ken Heyman, anthropologist Margaret Mead and sculptor Barbara Hepworth are drawn together.

Nine Figures offers many opportunities for collaboration with different media and for the community that might surround performers or performances. A coming together with photographic images of ‘the family’ is a major feature of the oratorio Family of Man and can equally be imagined for
Nine Figures. Collaborations with local artists, actors, dancers, poets and writers who might create interludes or site specific illustration or interpretation can be imagined. Equally, the work has potential as a piece for recording and new media, particularly web broadcasting.

In 2003 the publisher’s Schott & Co prepared a new edition of Priaulx Rainier’s Requiem
that featured an optional keyboard part for organ. In 2013 Tonality Systems Press released a new edition of Nine Figures on a Hill with an optional keyboard part, but for the composer’s favoured continuo instrument, the electric piano. Able to double as a rehearsal aid, this keyboard part aims to provide a subtle backdrop colour to the choral texture. It does not have to been adhered to slavishly, but more in the manner of a continuo â€˜shadow’, much in the same spirit as found in Nigel Morgan’s The Heavens are Telling for SSATB and keyboard.

Click on the images below to explore music and text from the eight movements of Nine Figures on a Hill: 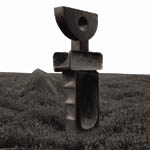 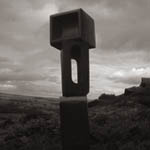 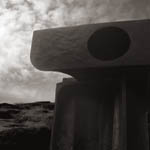 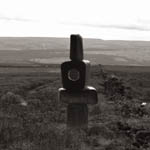 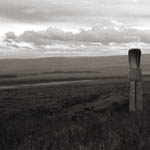 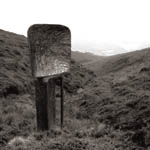 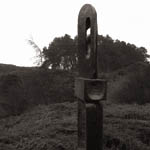 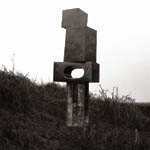 From the opening bars of Bride and Bridegroom.

Nine Figures on a Hill – poems and images [pdf]

Nigel Morgan has written a series of compositions associated with the sculptor Barbara Hepworth, which are discussed in detail with downloadable media here.