The opening bars of Meeting for Worship.

The Quakers have their origins in the Puritan sects of 17th century Britain. They hold to no
creed, they have no liturgy or established doctrine, their religious services are meetings held in silence. What might be said to constitute a theology is a rich tradition of testimonial writing of personal experience; itis from this tradition three texts have been chosen, two from the late 17C and one from the beginning of the 20C. These texts have been distilled for setting to music in poetic paraphrase.
No words have been added, but the texts simply stripped of any unnecessary description or amplification until they assume a poetic form. These paraphrases pull together for the composer, who became a member of The Religious Society of Friends in 2009, some of the fundamental aspects of Quaker spirituality, faith and practice.

Here is a short summary of the texts that make up Improving Silence.

Alpha and Omega is a paraphrase of words by William Penn, one of the founding fathers of Quakers in America. Published in 1682, this is a gentle guide to a right structure in daily life. It stresses the importance of time for ‘retiring the mind into pure silence’ and for regarding God as the ‘overseer of all thoughts, words and actions’.

The School of Christ is taken from the words by Isaac Penington, a contemporary of Penn. The text is a
response to Romans 14.4 in which St Paul expresses concerns for the way Christians tend to judge one another. Penn says ‘Leave conscience to its full liberty . . . seek unity in the Light, walking together’.

Meeting for Worship is from The Communion of Life by the early 20C social reformer Joan Mary Fry. The words suggest that looking first to nature is a way to grasp the essence of a silent meeting, ‘Think of the high noon of summer. Think of the stillness of snow’. Fry also talks about ‘sinking deeper into the life of God’ where the ‘tangles of the outer life may be seen in their true proportions’.

The title Improving Silence is taken from a contemporary Quaker saying quoted by J. Brent Bill in his book Holy Silence. ‘Don’t speak, unless it improves the silence’. 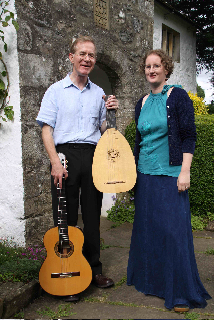 Improving Silence received its premiere at Brigflatts Meeting House on the 1st of August, performed by soprano Alice Fox, accompanied by the composer.

Three Quaker Texts – the original words from which the poetic paraphrases were created. [pdf]