For piano and violoncello

During 2007 I had the opportunity to hear performances of three entirely different compositions of music for cello and piano: Shostakovich’s Sonata, Alexander Goehr’s Fantasie and a revelatory performance of three of Beethoven’s Cello Sonatas. Following the Beethoven experience I felt I could no longer sit on the fence deliberating about this challenging combination of sonorities and chose to write a preliminary work that explored how my own musical preoccupations might react to the cello and piano duo. Four Commentaries was written with Beethoven’s F major sonata Op.5 No.1 open on my desk. On the first page of Beethoven’s score it became obvious that sequential harmonic and melodic movement was something largely absent within my musical style. My first task was to attempt my own expression of such sequential movement as a building block of a composition. Furthermore, a comparison with this early sonata and the mid period Op.69 in A Major showed that Beethoven developed a sophisticated approach to voice exchanges, shifts of register, changing of rhythms and articulations. I have tried to follow a similar path: the piece opening with the cello occupying the acoustic space between the treble and bass registers of piano and then gradually exploiting all kinds of textural relationships and combinations.
All that said the work is not a set of commentaries on Beethoven’s sonatas – that is perhaps a project for the future. The subject of commentary here is the first movement of my own first Concerto for orchestra (2004). Each commentary looks at the melodic material of the music focusing in turn on a different musical element. These elements are expressed using the celebrated descriptions of composer Sam Richards.
I have used these descriptions as the basis for two compositions for solo piano (Rising Falling Hovering) and violin (Rising Falling) respectively, and in the song cycle Stone and Flower. In Four Commentaries all four of Richards’ descriptions provide both inspiration and a practical subtitle. Look in detail at each commentary by using the links below: 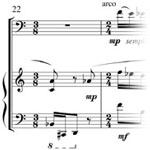 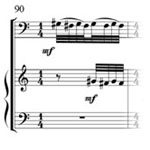 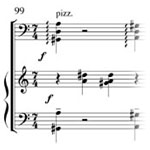 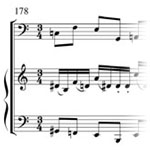 Where Things Come From 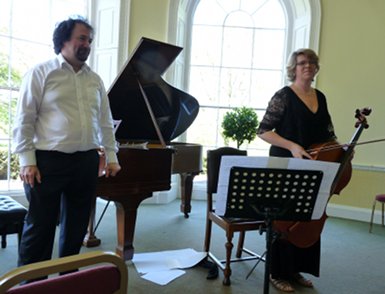 The work is dedicated to Martin Roscoe and Moray Welsh whose performance at the Beverley Chamber Music Festival 2007 of Beethoven’s op.5, No.1, op.69 and op.102 I was privileged to hear.

The first performance was given in a recital at Woolley Hall, Wakefield in May 2012 by the cellist Miriam Roycroft and pianist Raemond Keary. This was a sell-out concert sponsored by the Yorkshire Live Music Project of which Nigel Morgan is a patron. The recital also included a performance of L’Esquisse d’un Sourire.