This is a collection of new musical ‘forms in movement’ devised between 1993-4 as short essays in computer-assisted composition. Each piece explores modes of composing only viable with the assistance of computer programming.

The title comes from one of the series of sculptures with musical titles Barbara Hepworth created in the mid 1950s. Nigel Morgan has fashioned a series of pieces as a musical commentary to Hepworth’s sculptures of this period in his ensemble work Music for Sculptures commissioned for Hepworth’s centenary celebrations in 2003.

Each of these four musical ‘forms in movement’ have been illustrated with woodcuts and etchings that present a visual accompaniment to the music. The final woodcut in this series (by Diane Griffiths) was specially made to illustrate the poem Landscape by Margaret Melicharova from which the music is derived through computation. 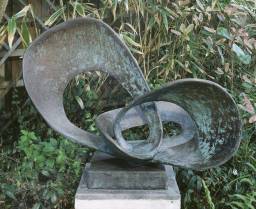 Collage brings in differing juxtapositions a collection of pre-composed musical ‘objects’. These are brought together ‘playfully’ in many different ways and combinations. 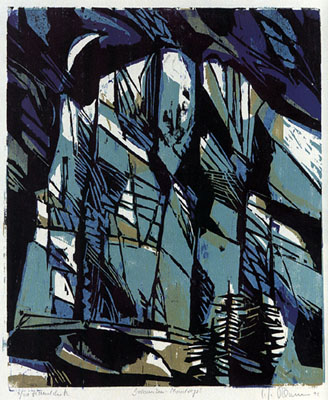 Reflective Figures explores aspects of novel tonalities in opposition between the two hands of the pianist. The ‘reflections’ are sometimes distorted inversions or dislocated counterpoint. 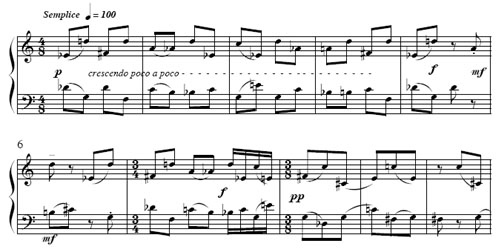 Tracings begins as a white-note study and presents repetitions of a single musical statement
that very gradually become distorted through different articulations and chromatic inflections. 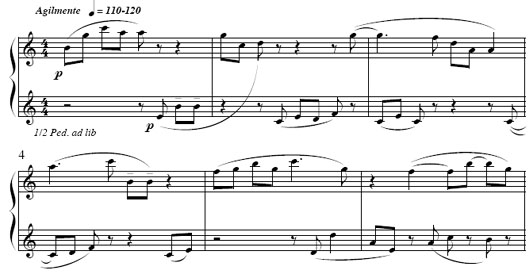 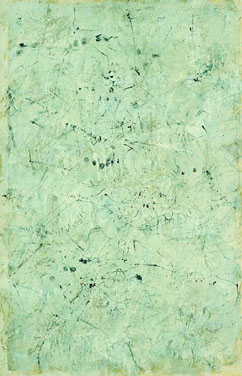 Landscape takes a poem by Margaret Melicharova called Lie of the Land as the source material for a reflective composition using a sequence of modal tonalities. The composition is derived from the sequence of individual letters making up the poem and the word and phrase rhythms notated from the poet’s own reading.

The exclusive glistening mudflats and creeks,

As it comes inland,

With salt crust and sea lavender,

And marks once more the ghostly shoreline

Where tides climax only sometimes.

The land, not flat but supine,

But keeps its own counsel.

Above the tidegate is fresh water.

Model for symbiosis, this union

Of land and sea here: separate,

But making each other’s margins

So subtly that the boundaries are never certain.

It subdues the waiting landscape remotely,

(in its fullness adjacent to vast cavities)

The ultimate seduction of the flood. 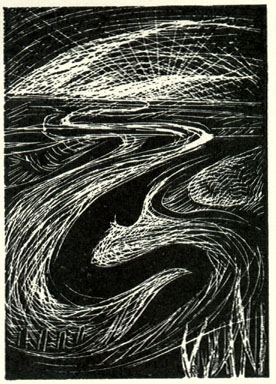